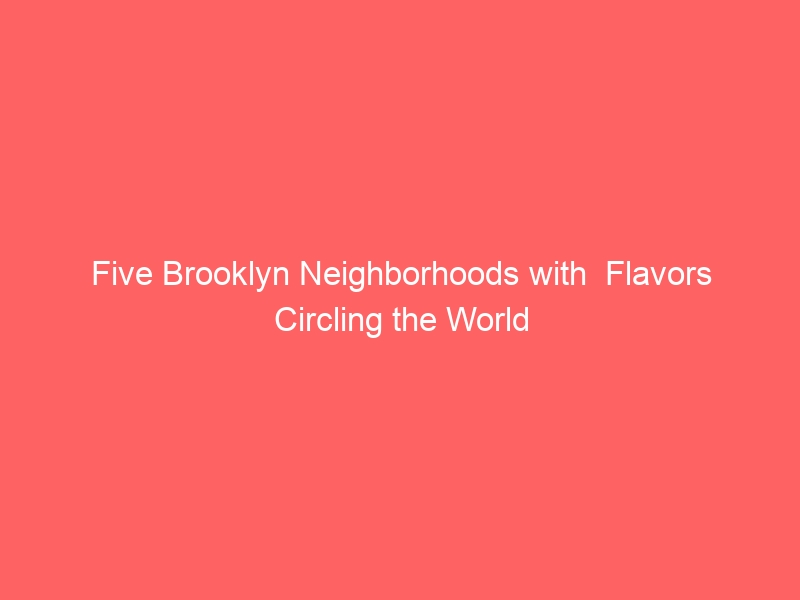 When I started as a notary, I took a few hundred closings with a small mobile notary company to learn the ropes.  Noble Notary, the company did; debt settlements, structured settlements, divorce papers, lottery winning documents, life insurance programs, reverse mortgages, and everything in between.  I just kept paying my dues, learning the ins and outs of all the documents.  The bonus was I was seeing and traveling the world for the price of a subway token.  As I kept trekking around NY, I encountered days and experiences I could never make up.

Subsequently, one day, I received an assignment to travel to 4 bank branches in Brooklyn and verify abandoned safety deposit boxes’ contents.  This county, Brooklyn, of NY, is more like a continent with many nation-states.  This day would prove Brooklyn was a reflection of the world.  Every neighborhood had the smells and flavors of their hometowns.  There were open markets selling; meats, cheeses, water pipes, spices, and trinkets.   Once again, I was a trekking notary traveling the globe for the price of a subway token.

Similarly, the Polish neighborhood was like walking the streets of an old European village.  Every store around the bank had Polish names and flags attached to old buildings of red brick facades.  Older adults walked the streets with bags of groceries and odds and ends.  As I was waiting to get to work, a lovely older woman offered me some bread and Polish sausage.  I declined the food and thanked her for her kindness.  However, the woman kept talking to me in half English, half Polish.  All I could do was nod and smile as I did not understand a word.  Finally,   rescuing me was the bank manager.   He began leading me to the vault area.  We concluded the work at this branch in 2 hours, logging in old mementos, pictures, jewelry, and coins.

Subsequently, one of the locksmiths drove me to our next stop.  We were now traveling east from Poland to Russia.   As the car moved slowly through traffic, all the signage was now Russian with large Russian flags.  The streets were filled old and young speaking in their harsh dialects.   In typical Russian fashion, everyone was very loud, almost like shouting.  Arriving at the  second bank an elderly Russian woman, dressed in colorful old-world garb, offered me some Russian pastry.   It seems food and gracious hospitality was traveling from Poland to Russia; maybe I look undernourished.  This endearing woman, Natasha Rubinov introduced herself and would not stop talking.  I politely listened to her broken English, as she went on to tell me her entire life story and was  living in Brooklyn for 20 years. I was in Little Odessa-Brooklyn, yet I could have been in Odessa-Russia.

Thus, the only Russian word I knew was “nyet, (means no), which I answered over and over again as the woman almost shoved the food towards my mouth.  I finally relented and accepted the desert from this kind woman.  The cream oozed from the side of the large pastry, and of course, I dripped it all over my shirt and pants.  Natasha smiled broadly and laughed out loud.  Then, suddenly, she began humming a Russian folk song.  Her voice got stronger and louder as the mumbling turned to sing.  Before I knew it, customers one by one in the branch started singing along.  The singing and clapping of hands resonated throughout the room.  I could not believe my eyes or my ears.

Once again, my trekking as a notary landed me in a dream-like setting.   The bank became a Russian nightclub.  I even remember some customers started to dance in traditional steps with arms flying in the air.  The manager came and began to sing, as well.  After the dream evaporated, I was led by the manager back to reality and towards the vault area.

Next on the itinerary was the Chinese area.  First, fish stores with the product packed in ice shining against the intense sun.  Another store had 15-20 whole pigs bristling in the chilled air of the open market.  Then, of course, there were carts on the street selling nuts and fruits.  Most of the people on the roads were elderly and chattering in Chinese.

The last stop of the day was an Indian neighborhood.  Again, various aromas of rich spices were filling the air.  In addition, the colorful and vibrant clothing filling the streets contributed to the carnival feeling.

In conclusion, I made a decent day’s pay in dollars.  Yet I traveled and saw the world in a matter of 8 hours.—The journey from world trekking to notary trekking, and the lessons learned continue.—reinvention, discovery, and keeping it real.